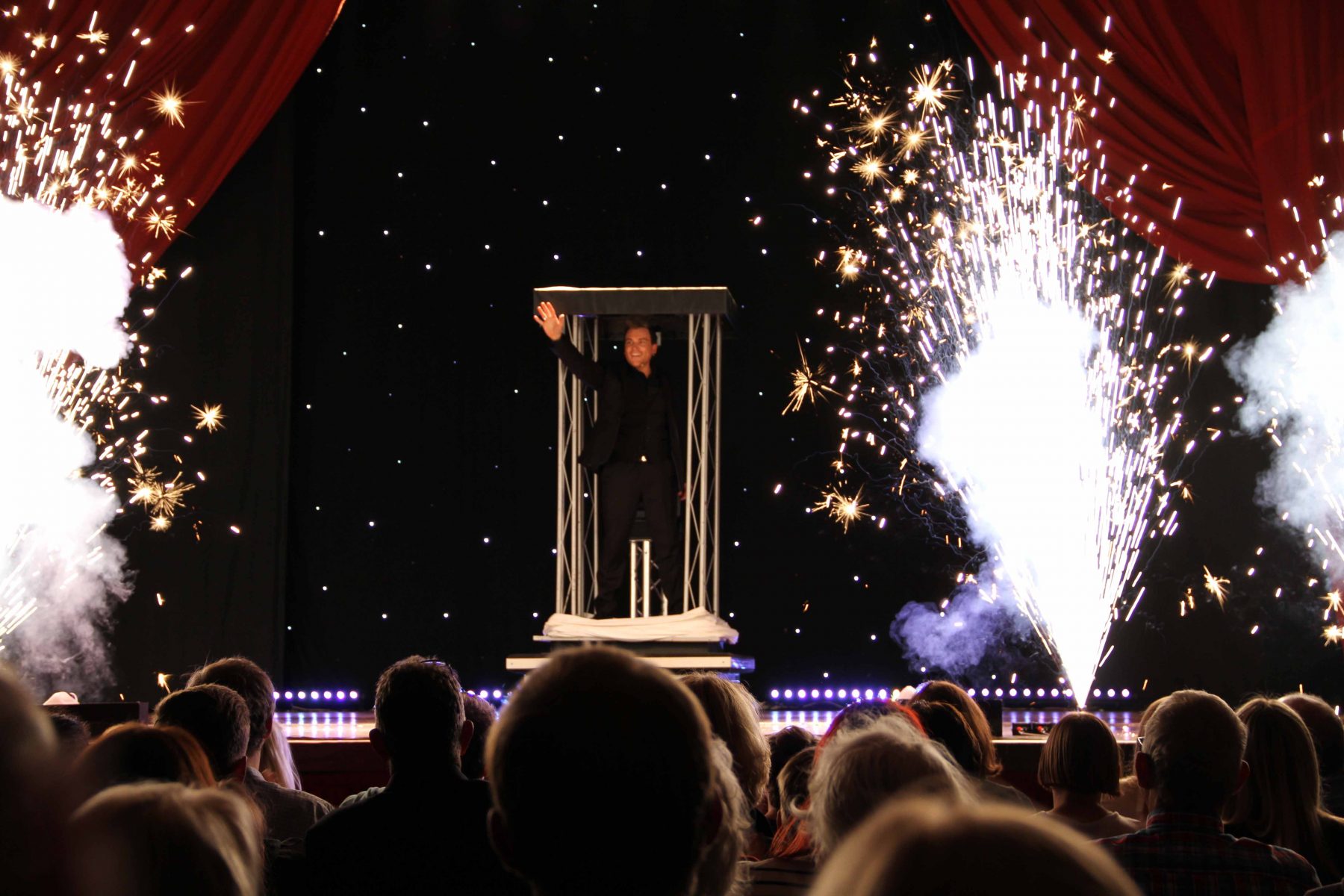 He added: “My inspiration and love of magic first started when I was six years old.
“Every year we would go to watch Sooty as a family and a few years later I received my first Paul Daniels Magic Set for Christmas. The rest is history.”

Over the years, Michael has entertained audiences worldwide, including in America, Europe, and the Caribbean, working in theatres, resorts, hotels and on cruise ships. He also spent two years performing for Disney on both of their cruise ships – Disney Magic & Disney Wonder. With 20,000 followers on Twitter, Michael has built up a loyal fan base after appearing on ITV and endorsed by many celebrities.

Last year was named as the patron of Broxbourne’s performing arts school, The Valle Academy.

He is currently touring the UK with The Michael Otton Show: Comedy, Magic & Illusion, which was launched in Rickmansworth to a sellout audience. Performances at The Haymarket Theatre, Basingstoke, last September, and Broxbourne Civic Theatre, Hertfordshire, brought him similar successes, and he is bringing his next show to Ipswich, Suffolk.